Spanning 400 feet across Sand Creek in downtown Sandpoint, the Cedar Street Bridge Public Market is heralded as the only marketplace on a bridge in the United States. It’s often been called Sandpoint’s answer to that other famous bridge market, the famed Ponte Vecchio in Florence, Italy.

It began life somewhat more humbly. Built prior to the 1930s as an auto and pedestrian bridge, the original Cedar Street Bridge was designed to carry traffic from the downtown core to the town’s train depot on the east bank of Sand Creek. The bridge’s location adjacent to the town’s core and on the doorstep of the depot put it in the middle of community life. The vintage photo at right, by town photographer Ross Hall, shows a crowd gathered for the 1933 Sandpoint Fourth of July celebration to watch champion water skier Harriet Green display her prowess in the then-novel sport, towed behind Fred Kennedy’s speedboat.

But as train travel declined in the following decades, and traffic to the depot waned, the bridge became less integral to the town’s transportation needs. 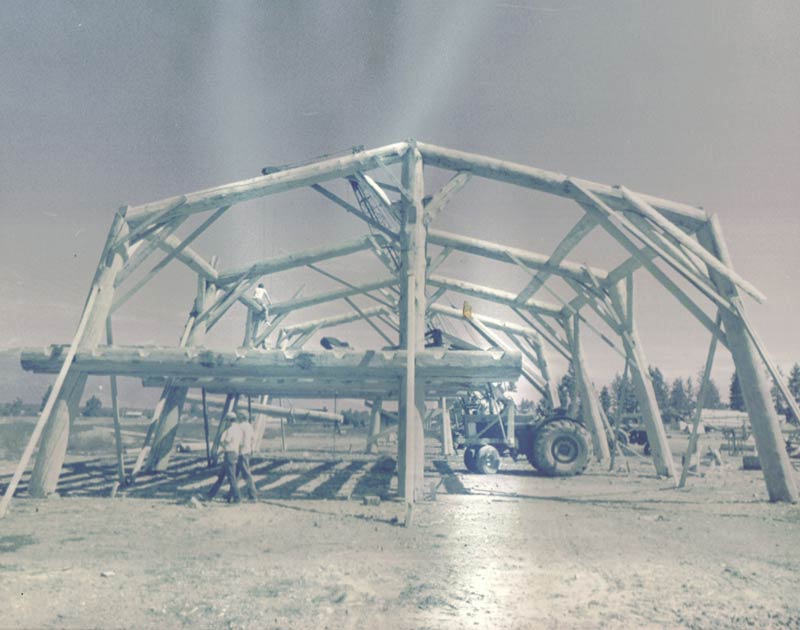 The Bridge in the early stages of contruction
Photo by…. / Courtesy … 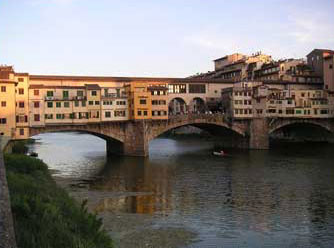