Sandpoint, Idaho, hugging the edge of Lake Pend Oreille, is bucking a major demographic trend: In an era when many rural places are bleeding out, this one is holding its own.

Sandpoint, 400 miles from Boise, and 70 miles from Canada, is bucking a major demographic trend: In an era when many rural places are bleeding out, this one is holding its own. In the all-important sweepstakes of the West — where are people going, and staying — Bonner County, population 41,000, beat out Denver, Seattle, Silicon Valley and other booming urban hot spots, according to census figures. Only 13 other counties in the West did better last year in the net measure of drawing newcomers and holding on to the ones it had.
Click to read it 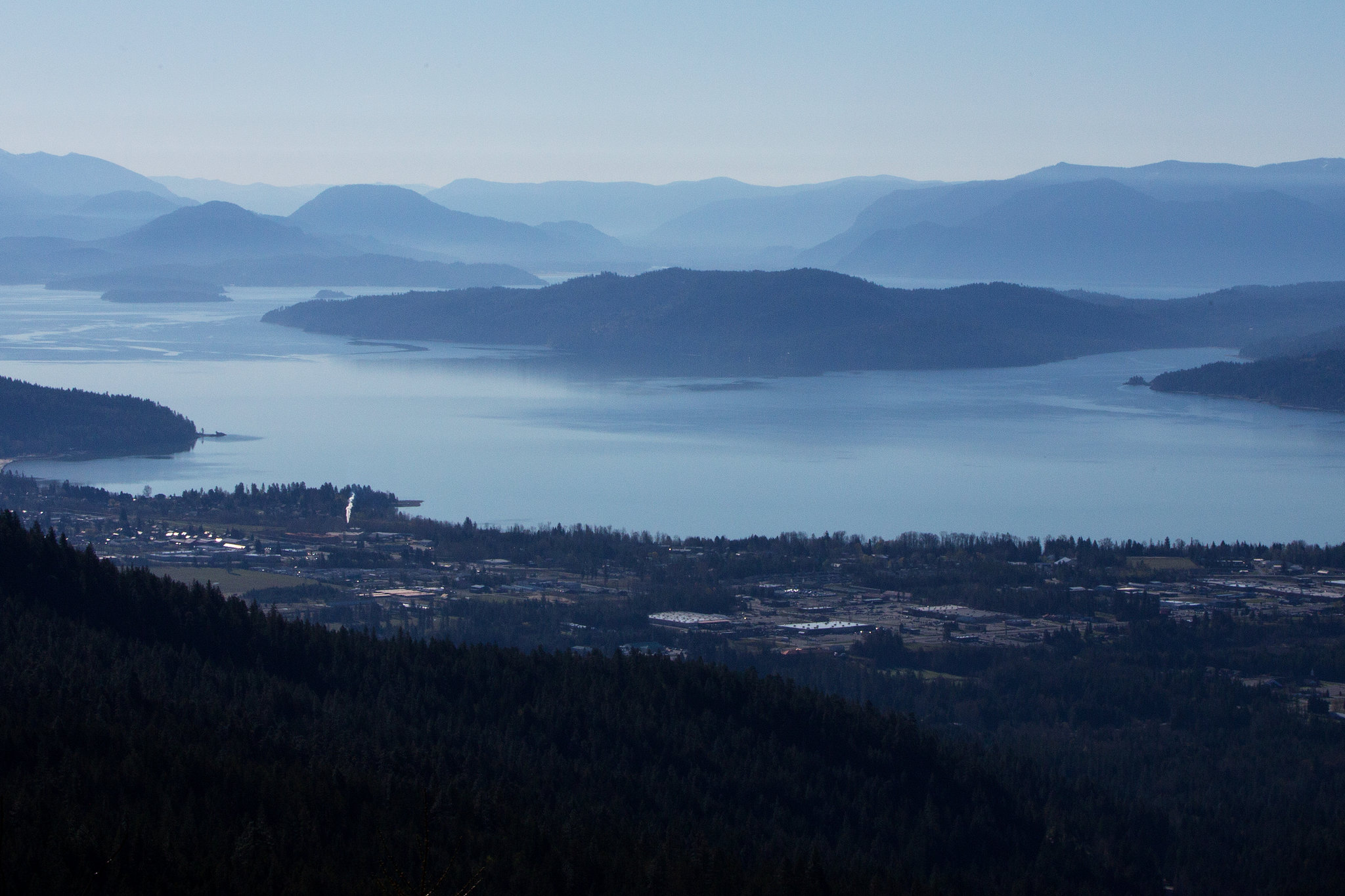 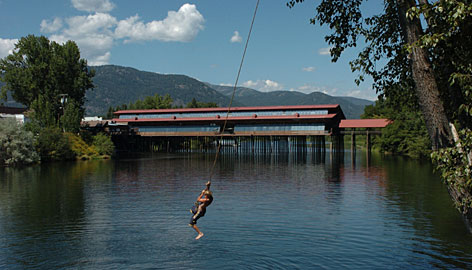 “I was smitten with this lakefront town from the moment I saw it,” says USA Today travel writer Laura Bly in naming Sandpoint a top U.S. destination – and featuring the Cedar Street Bridge as its signature photo.

I loved hearing the thwack of an old, spring-loaded wooden door at the Beyond Hope Resort on an August afternoon and a young boy’s hollers as he plunged from a rope swing into sun-dappled Sand Creek. I relished my sunset tour of Lake Pend Oreille, the state’s largest, followed by a solo, late-night foray to a meadow where a dazzling meteor storm punctuated the enveloping darkness. I can still taste Sandpoint’s salute to summer, a frosty huckleberry daiquiri spiked with the wild (and, I’d argue, superior) cousins to Eastern blueberries.

What I remember most, though, was a fierce communal desire to keep an increasingly bright spotlight of fame from turning Sandpoint into another Telluride or Jackson Hole.

So declared Outside magazine in naming Sandpoint one of the nation’s top 10 outdoor towns, in its August 2004 edition. The Cedar Street Bridge is the featured photo.

I’S EASY TO GET SEDUCED by Sandpoint: You cross the two-mile bridge over Lake Pend Oreille (pronounced Pon-der-AY) and drink in the spectacular Selkirks mountainscape looming over downtown. But what really reels you in is Sandpoint’s small-town sense of community, with the restored Spanish-mission-style Panida Theater and all manner of city-sanctioned excuses to lollygag (like Winter Carnival or the Lost in the ’50s nostalgia fest for muscle-car buffs). And then there’s the big-town lineup of restaurants: “The best place to eat in Spokane,” goes the joke about the city of 194,000 lying 75 miles southwest, “is in Sandpoint.” 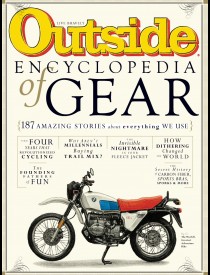 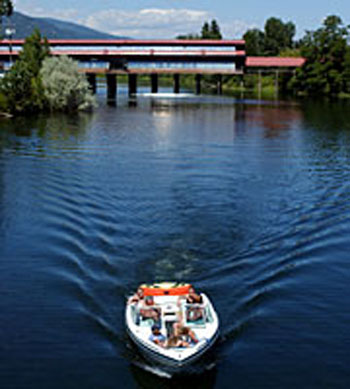 “It’s a Norman Rockwell-meets-Ansel Adams classic, brought to life every summer…” That’s how USA Today described Sandpoint in the major feature story on our town – again featuring the iconic Cedar Street Bridge – in its Aug. 20, 2004 edition.

The surrounding region, laced with “rugged mountains, dense forests (and) wide, empty rivers,” is “far more beautiful than I had dreamed. People laugh easily, and the laughter whispers out through the pines and over the still water,” gushes Hollywood game-show host and frequent visitor Ben Stein in a recent issue of American Spectator magazine.

Throw in a thriving arts scene, a top-rated but low-key ski area 11 miles from town, and outdoor restaurant decks filled with tourists schmoozing over huckleberry daiquiris and appetizers of ancho chili and espresso-encrusted tuna, and no wonder this eclectic enclave, some 75 miles east of Spokane, Wash., in northern Idaho’s Panhandle, is being touted as the Next Great Place.
Click to read more.

“Best small town in the West”

Sunset magazine recently voted Sandpoint “best small town in the West,” the August issue of Outside crowned it one of 20 “dream towns,” and September’s National Geographic Adventure includes it among 10 “great adventure towns.” Now, its 7,500 residents are bracing for changes that many fear will not be for the better. (Related story: If you go …)

Setting is ‘second to none’

Travel writer with The Columbus Dispatch says Sandpoint has a “pleasant little downtown district” and its forte “lies in its natural beauty” in Travel Destination: Scenic Sandpoint in June 2014.

Sandpoint was rated as one of “10 Picture-Perfect Mountain Towns” by USA Today in November 2013. “… This little township is a vibrant, happening haven in the wilds of northern Idaho.”

Seems there are both brains and beauty around here: Sandpoint was named the 2013 Idaho eCity, an award by Google to recognize the strongest online business community in each state.

Tight-knit with a frontier flare

National Geographic Adventure says Sandpoint is a “tight-knit mountain town that retains its frontier flare” in naming us a “best adventure town” in May 2012.

Ski Magazine makes Schweitzer an editor’s pick for “Best-Kept Secret” thanks in part to “picture-perfect Sandpoint,” in their 2011-2012 Resorts review.

The Bellingham Herald says Schweitzer Mountain Resort is a ‘Sandpoint secret,’ and has something for everybody in a March 11, 2012 article.

CNN Travel lists Schweitzer Mountain Resort as one of 7 Underrated Ski Resorts, noting that it’s unlikely you’ll wait more than five minutes in the lift line, in a Feb. 24, 2012 feature.

Our town’s many vintage residential homes caught the eye of This Old House, who in February 2012 named Sandpoint a “Best Old House Neighborhood 2012.” Read about it at This Old House.

That’s what Rand McNally called Sandpoint when it named the country’s “Top Seven Ski Towns” in a January 17, 2012 roundup of the best mountain towns. Sandpoint won the top rating over the likes of Lake Tahoe, Park City, Mammoth and Jackson. Go read the Rand McNally story.

We’re ‘The Most Beautiful Town in USA’

Don’t take our word for it! That’s what USA Today and Rand McNally declared after sending traveling teams to determine the five best small towns in America. Sandpoint grabbed “Most Beautiful Town” honors in 2011 from among an initial 600+ nominees. Check the Best of the Road page.

Sandpoint’s small-town charm and great skiing win it accolades as “most under the radar ski town” in Sunset Magazine‘s “Top 10 Best Ski Destinations in the West.”

We’re at a crossroads for railfans

Sandpoint’s famous as “The Funnel” for railroads in the northern tier states, as USA Today writes in its August 2010 story “Idaho town draws railfans from around world”.

County Living Magazine says Sandpoint is a “small town we love,” and counts out seven reasons why in its June 2010 issue. Click to view a pdf (1.32 MB)

Who says you can’t have it all?

Sandpoint’s a good destination for second home buyers, says USA Today in its April 2010 story, “Having it all in Sandpoint.”

Sandpoint’s got some sparkle

“A true gem in this Gem State,” declares American Cowboy Magazine in a March 2010 ranking of “The greatest places to live in the West.”

“Sandpoint, Idaho, may not be on your winter bucket list – but it should be,” says Big Sky Journal in their December 2009 article “Sandpoint Winter Carnival provides perfect haven“.

N.Y. Times writes in-depth article on the Sandpoint Transition Initiative in their April 2009 story “The End is Near! (Yay!)”(registration required).

We’re a ‘market to watch’

National Geographic Adventurer describes Sandpoint as an “idyllic adventure haven… that will continue to to fight off land rushes and unsightly sprawl” in it’s August 2008 article, Idaho’s Last Stand.

We’ve got the goods this fall

“Sandpoint has always emphasized the outdoors life,” begins a New York Times article published in September 2006. Read the story about this popular resort town, an “Old West Atmosphere in a Sporting Paradise.”

Writes Business Week in its July 2006 issue, “It might sound like the middle of nowhere, but this funky community in the Idaho Panhandle pretty much has it all.” Read the story.

So declared Outside magazine in naming Sandpoint one of the nation’s top 10 outdoor towns, in its August 2004 story “America’s Top Dream Towns.”

Forbes magazine online named Sandpoint one of the best 10 cities to work long-distrance from. Check out the August 23, 2004 story “The best places to telecommute.”